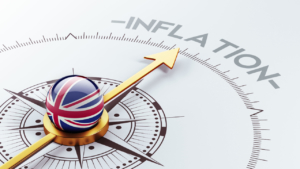 The UK CPI (inflation) figures were announced this morning by the Office of National Statistics and shows a rise from 1.8% in January to 1.9% in February.

The ONS stated that:

‘Inflation overall was stable, with rising food and alcohol prices offset by slower price rises in clothing and footwear. Rising prices for food, alcohol and tobacco, and across a range of recreational and cultural goods produced the largest upward contributions.’

‘The largest, offsetting, downward contribution came from clothing and footwear, with prices rising between January and February… but by less than between the same two months a year ago.’

Now whilst all of this appears fine, it must also be measured against a backdrop of rising wages which are growing at a much faster pace – some 3.4% in fact, plus the Government’s cap on energy prices which caused inflation to fall in January will be removed or raised in April, thereby potentially causing a further uplift in the inflation rate.

Add to this the continuing rise in the price of imported raw materials for businesses and a possible further depreciating of sterling, unless a satisfactory Brexit arrangement occurs, the Bank of England may struggle to keep inflation within its 2% target.

Our view is supported by Ruth Gregory, senior UK economist at Capital Economics, who told the BBC that inflation was unlikely to stay below 2% for long as February’s rise marked:

“the start of an upward trend which could see inflation reach 2.5% by April”.

Fortunately for householders and mortgage holders, the view from the City is that those pressures won’t persuade the Bank to raise rates yet – especially as the outcome of Brexit remains so unclear.

However, the BBC also reports that

‘if the trend of faster real wage growth continues and a Brexit deal is swiftly agreed, with little disruption to the economy, some economists think there could be a small rate rise later this year.’

Some analysts believe that the next interest rate move is more likely to be down than up, however if these trends occur, they may in fact be wrong. Either way its too early to tell, but we should all at least take notice of these trends and prepare ourselves accordingly.

Meanwhile, gold is currently standing at £985 up some £6 since its opening and silver stands at £11.59 oz up 9 pence since the beginning of the week whereas in US dollar terms gold is up $4 at $1305 and silver is up 7 cents at $15.36 awaiting the imminent FED’s decision on interest rates which we all expect to be benign.