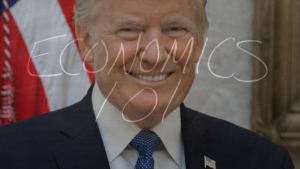 It is reported today that President Trump has suggested that the Federal Reserve could support the US in its trade battle with China.

As we have reported in our previous podcasts (if you haven’t heard them we provide links in the description below); which states that last Friday, the US increased a 10% tariff on $200bn worth of Chinese goods – to 25% – and China has retaliated by announcing that it will levy additional tariffs on $60bn worth of US goods as from June.

In a post on Twitter, Mr Trump said China would move to stimulate its economy to deal with the fallout and suggested that if the FED were to “match” that potential Chinese stimulus, it would be “game over”.

“China will be pumping money into their system and probably reducing interest rates, as always, in order to make up for the business they are, and will be, losing………If the Federal Reserve ever did a ‘match,’ it would be game over, we win! In any event, China wants a deal!”

Now its no surprise to anyone that President Trump has been highly critical of the FED, and in particular Jerome Powell its Chair, for raising rates last year and now, today, for not lowering them. His position is that to achieve above 3% GDP growth additional economic stimulus is required.

A trillion dollar or more infrastructure plan, which he is pursuing, will further boost the economy; and the icing on the cake, as far as the President is concerned, will be the lowering of interest rates –  to encourage rapid growth and no doubt a roaring economy ensuring his re-election in 2020.

Now short term, we would agree with the President, in that, the US economy would indeed roar with such stimuli. However, anyone who has lived more than 30 years will be aware of the price that economies eventually pay after allowing uncontrolled economic growth to go unabated.

Boom and bust cycles occur under normal circumstances and that’s even without the enormous stimulus the President is suggesting.

The US Central Bank, like it or loathe it, has been “normalising” monetary policy after years of keeping rates at ultra-low levels in the aftermath of the 2008 financial crisis.

At the time of writing, the Debt Clock reveals that the US National Debt is not that far short of $22.3 trillion Dollars. Any further stimulus or Government spending or relaxing of credit will increase this further, and its only a matter of time, when it too will become unacceptable.

Lower rates are not necessary at this stage, and the sooner the FED lowers them, the less ammunition they have in their armoury, for that time in the future, when they will be compelled to lower them and have an effect.

This is the reason why so many western economies have separated interest rate decision making from their Governments, as its all too easy, and has been all to common, for politicians to suggest a ‘quick fix’ to get them out of a short term difficulty by lowering rates when such a decrease is not needed.

It is widely accepted by economists and political veterans, that long term, tariffs do not work. Short term they can be used as a bargaining tool.

What is required is for the US and China to continue negotiations and strike a deal that perhaps may not give each side everything they want, but at least enable both economies to advance and improve without damaging their own economic infrastructure.

Soybean farmers in the US are suffering heavily. Industrialists are already reporting that they cannot obtain the raw materials they need quickly enough by shutting out China and looking elsewhere as the President has suggested they do.

The one thing Margaret Thatcher learned from the trade unions overthrow of her predecessor’s Government in the 70’s was that, before you embark on a battle with a powerful foe, you must prepare in advance.

She ensured that before she took on the Trade Unions, and particularly Arthur Scargill the NUM leader back in the early 1980’s, that she stockpiled coal at power stations, so that they had at least a year’s supply or more; and that she increased the number of police and their pay before she confronted the Unions – who then predictably went on strike hoping to bring the Government to its knees and failed because of her advanced preparations.

This was a lesson all politicians should learn, including the President. Yes, China is abusing the system and it has to stop. But have a plan to achieve this and prepare in advance; by giving industrialists and businesses a heads-up so that they can prepare for what may result, not launch an attack and see where the chips then fall and deal with the aftermath.

China is a long-term player and is used to its people suffering for the benefit of the State. It is not a democracy where the Government is easily replaced as the result of an unpopular policy.

It will outlast and endure any tariffs that may be imposed as it will see it as a price worth paying for its long-term gain.

We have already suggested in an earlier podcast that China may even be willing to allow this trade battle to continue in the hope that the President loses the next election and that a more ‘benign and accommodating’ President is elected in his place. A year or two of suffering is nothing to China.

Having said that it will also be open to a limited compromise enabling it to give some ground and save face.

On a positive note, President Trump has at least made some attempt not to alienate the Chinese President – he has stated

“My respect and friendship with President Xi is unlimited but, as I have told him many times before, this must be a great deal for the United States or it just doesn’t make any sense……..It will all happen, and much faster than people think!”

Let’s hope he is right and that trade can get back on course soon but lowering interest rates is not the solution today but will just serve to hasten the time when that inevitable financial collapse occurs and for those wishing for such an event, if you are not an oligarch or phenomenally wealthy, it will be very painful indeed.

Gold Rises on back of US China Trade War Escalation
https://www.youtube.com/watch?v=3IjxBAcyeIs&t=3s