One of The Main Secrets of Investment Success

Home/One of The Main Secrets of Investment Success

One of The Main Secrets of Investment Success 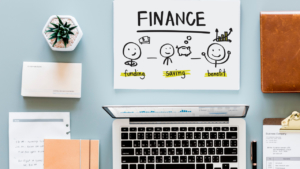 Today we are expressing our view on one of the main secrets of investment success.

We are all aware of today’s success stories – the Billionaires who appear in Forbes and Time magazine, are constantly quoted by Bloomberg, Reuters and other News agencies and are frequently interviewed by CNN, MSNBC, FOX, the BBC etc etc.

We are all aware of those who made phenomenal wealth from just starting up a small business from humble or modest beginnings – such as Richard Branson, Bill Gates, Mark Zuckerberg and Jeff Bezos to name just a few.

We are all aware of those successful investors like the Buffets and Soros’s of this world and those hedge fund managers who retire at the age of 40 because of the vast wealth they have created for themselves.

We are all also aware of those born into money and have used that money to leverage even more like the Rothschilds and Rockefeller’s and those who have, more recently, inherited and grown great family wealth, such as the Koch Brothers, the Walmart’s, and the Rausing’s and the list can go on and on.

Interestingly in March 2018 Forbes published an article showing those areas these billionaires were involved in, which enabled many to either make, maintain or increase their fortunes.

But ask yourself what have all of these people got in common? They operate in different markets and industries; their backgrounds vary considerably, and they come from too diverse a background to have been created and nurtured as part of some grand conspiratorial New World Order Master Plan.

So, what is the one keyword that links the investment strategy of each of these individuals while they were making wealth and perhaps more importantly since they achieved that wealth?

The answer is a much-maligned word in today’s vocabulary called ‘diversification.’

What do we mean by this? Well, the simplest explanation is that they have not placed all of their eggs into one basket. They have placed their wealth into different asset classes many of which are as follows:

Now of course the proportion they invest in each will vary according to their history, risk profiles, future financial assessments and liquidity. There is one thing however that you can most certainly bet on. They generally have some of the top financial advisers working for, or advising, them.

So why are we mentioning this on a channel predominantly focussed on gold and silver and precious metals.

One reason is cautionary, and the other is to engender some optimism – well hopefully anyway.

Ask yourself the question – why do you buy, collect, stack and store precious metals and especially silver and gold? Is it because you like the shiny stuff? Perhaps.

Is it because you believe as the pumpers will tell you that its about to skyrocket in price any time soon even though the last 8 years have proven the opposite?  Quite Likely.

Is it because you believe the dollar or sterling or Euro or your particular home currency is likely to devalue or collapse and your gold and silver will protect you against that – in other words it serves as a hedge? Very likely.

Or is it because you fear a financial Armageddon of such proportion that the banks will close and the only thing you will have to trade will be gold and silver – that too is a possibility.

Let’s be honest about this. It’s a mix of all of these reasons; but depending on your personal circumstances and personality type, the percentage weight attached to each of those reasons will differ between each and every one of us.

So apart from your pension plan or 401k for the majority, (and please note we say majority not everyone) holdings in any of the above is likely to be minimal.

So is this because the majority of our listeners/subscribers are so poor they cannot afford to invest in these things. That is indeed a possibility and if that is true then you really do need to get over to our website in February when we shall be proposing a number of business opportunity ventures which we believe will benefit a large number of people regardless of skill and background and wealth.

Or is it because we are so fixated in gold and silver that nothing else matters? We suspect this is the more likely for we would also wager that the majority of our listeners/subscribers will have a safe or a cupboard or a hole in the ground full of silver and a fair amount of gold awaiting that day when prices go parabolic.

Is this a sensible strategy? Well not if you bought your gold and silver early in this decade instead of buying stocks and shares (despite their recent fall in price). Ask yourself the question, if you are holding let’s say 200 oz of silver bought at $30 and oz – original investment $6,000 – 7 years ago in 2012 (so we aren’t deliberately picking the highest levels) what would that be worth today?

So, for silver to catch up to that level from its current level, the price would have to now rise to $54.60 an oz – three and a half times its current level. And we have not even chosen the highest silver price and the highest Dow price reached – where it would be even worse.

Not even Mike Maloney or David Morgan is quoting $54 silver any time soon.

Similar rises have occurred in property in a number of States, admittedly not all, and other investment instruments have broadly risen too – dare we even mention bitcoin?

So, what are we saying? Follow what the intelligent and wealthy investors do. Diversify. Yes, you won’t necessarily get the highest possible return but at the same time you will also avoid being economically clubbed to death by making the wrong individual investment choice.

Ah we hear you say. But silver and gold are going to the moon any time soon and as long as we hold on long enough our faith will be rewarded. There are 3 points to rebut that:

But we hear you say – its all very well stating this after the event, but no-one knew which direction silver was going to move in or the stock markets or bitcoin or property etc etc.

That is true. Which is why diversification is essential. Now we fully admit that $6,000 can only be stretched so far and frankly your ability to diversify with this figure is limited. But ask yourself how much is your silver and gold stack worth? Anything up to $10,000 probably does not matter unless you were relying on those monies for general living or emergencies. Once you start looking at $20,000 and above, diversification should start to be a consideration and the larger the investment the greater the level of diversification.

Now we are not stating that you should immediately go and sell your gold and silver holdings. Far from it. Although we are expecting another dip in prices during 2019 we do believe that you are too close to the bottom to justify liquidating your holdings. We are also not advocating that you rush into stocks and shares or bonds or even fine art right now – as many of these are perhaps too close to their highs already. What we are saying however is to just use this as a cautionary message for future investment decisions.

After all we heard only yesterday that BP has just discovered 1 billion barrels of oil at its Thunder Horse field in the Gulf of Mexico. What do you think would happen to gold and or silver prices if say Barrick Gold or Gold Corp or Fresnillo made a phenomenal Gold or silver discovery that was unexpected, and would add millions of ounces to the already existing over supply of these metals compared to current demand? What would that do for prices short term? One never knows what may happen in the future.

On the positive front Mike Maloney has contacted his ‘insider clients’ pointing out that his analysis of the COT report suggests that gold and silver has one more down leg to run and then, to quote him “it’s off to the races”.

Thought we would end on that buoyant note!