Gold Demand Up – Coin and Bar Demand Down

Home/Gold Demand Up – Coin and Bar Demand Down

Gold Demand Up – Coin and Bar Demand Down 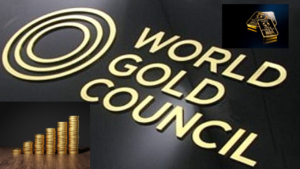 Here are the component parts:

Against this backdrop our regular listeners will know that we have produced numerous YouTube videos on gold and that in sterling terms its price is at all time record highs and also multi year highs in US dollar terms having broken above $1400 (and now standing at $1440) for the first time since 2013.

This rise is attributable by the World Gold Council to

Before we close, we want to focus a little more on bar and coin demand as that is of more interest to us on this channel as most of us are involved in stacking these shiny pieces of alluring metal.

The retail investment market has been soft in Q2 now experiencing its third consecutive quarter on quarter decline and demand has fallen 12% year to year. According to the World Gold Council, China accounted for around two thirds of the fall and that global H1 demand at 476.9t was at its lowest level since 2009.

As prices rose in June 2019 retail investment stalled – this market is price sensitive – and with China continuing to devalue its currency, gold will pro rata become even more expensive.

Now you may ask then why has the price risen so much, well much of it has been made up by, wait for it, speculative trading activity on the Shanghai Gold Exchange. Yes, the very people that the pumpers accuse of pushing gold and silver prices down with their paper contracts are the very people who are now causing it to rise. In fact, trading volumes on this exchange “shot through the roof” according to the WGC with volumes hitting 2,062t the second highest level on record.

Oh! the irony – the pumpers may be bailed out by the very speculators they condemn.

India on the other hand increased its physical coin and bar demand by 13% Y-to-Y whereas demand in the Middle east was down 27% and especially Iran, down in East Asia and especially Thailand and weak in the US.

You may remember when the gold price rose just over a week ago, we stated that we had spoken to 3 UK dealers and each of them said, people were selling their gold to them, well the WGC says the same thing about America.

“The gold price rally in June triggered selling by some investors, and coin premiums in the secondary market fell to their lowest level since before the global financial crisis, spurring gold exports from the US to Germany.”

Now you can see why the Pumpers who own gold and silver retail businesses produce the videos and reports that they do – quoting $5,000 gold and $10,000 gold and $50,000. If retail sales do not pick up they will go out of business. Yes most of us are buyers of gold, but we do so for the long term. We aren’t taken in by these snake oil salesmen – who one day will be right, but how many people will have lost money in the interim?

The World gold Council represents the Industry and is sponsored by many mining and gold companies. Its not always correct but its seldom far from being correct. It paints a sober picture to each and everyone of us that when gold prices rise, physical demand, so far at least has fallen. Supply is up and the reason prices are rising are a mix of lower interest rates, political and trade disruption, central bank buying, and most of all speculation by traders.

Just bear all of this in mind, and remember, when these factors eventually resolve they will reverse and then we shall see prices come down. Not necessarily right now, as there are too many tailwinds in favour of gold, however, make sure you are ready for when that day does come.