Where is the Dollar Heading – Up or Down?

Home/Where is the Dollar Heading – Up or Down?

Where is the Dollar Heading – Up or Down? 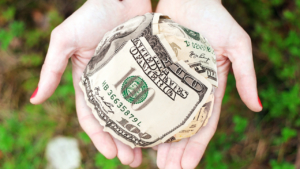 In recent months we have commented frequently on the US Dollar, and where we believe its value is heading. We have maintained for many years in fact, that the dollar will either gain in strength, or at worst, maintain its strength.

This has frequently been contrary to the views of many other so-called experts, and certainly compared with those, we call ‘pumpers’, who either claim the dollar is likely to weaken significantly, or in the latter case, collapse altogether.

The recent comments made by the FED Chairman Jerome Powell at his two Congressional Testimonies last week – suggest that the FED will in fact be lowering interest rates on 31st July 2019.

Our view is that the FED should not do this, as, quite frankly, the US is looking at relatively stable growth rates of between 2-3%, has inflation oscillating within a tight band of 1.5% – 2.1% and has a relatively tight job market with weak wage inflation.

In addition to these abnormal circumstances, the markets have also factored in at least one, and up to three, interest rate cuts (depending upon whom you ask) over the next 6 – 9 months or so.

So the FED, which does not like to surprise markets, are likely to lower rates this month; partly for the reasons mentioned above, partly for insurance reasons, in case worse economic figures come down the pipe and also, we suspect, if it’s just a 0.25% reduction, it will have little effect physically but quite a large effect psychologically – especially on business sentiment, which has for many months been far more negative than consumer sentiment.

Interestingly, many traders, economists and economic commentators have been muting that the FED could in fact reduce rates by 0.5% in July – but we shall explain why we do not believe that will happen.

To further support our view, a report from the Commerce Department yesterday, showed that U.S. retail sales increased more than expected in June, pointing to strong consumer spending, which could help to blunt some of the drag on the economy from weak business investment.

Retail sales increased 0.4% last month as households increased purchases of motor vehicles and a variety of other goods, including furniture and building materials. Admittedly, the data for May was revised slightly down to show retail sales gaining 0.4%, instead of rising 0.5% as previously reported.

Economists polled by Reuters had forecast retail sales edging up 0.1% in June and so this 0.3% divergence between expectations and actual results, will certainly suggest to the FED that a 0.50% cut may be too large, too soon – especially as strong jobs growth resurrected last month and we also saw a small rise in underlying inflation.

Now the effect of these positive figures buoyed the dollar against a basket of currencies, while U.S. Treasury prices fell. Amusingly, some economists are now taking our view and stating that with stronger consumer spending and job growth regaining momentum, the FED should not cut rates at the end of this month. That said, we are pretty certain, Jerome Powell will not wish to upset markets by surprising them, but as already mentioned, we shall see a 0.25% cut rather than a 0.5% cut.

Now what effect is all of this having on the US Dollar? Well in recent weeks we have seen the dollar fall slightly compared with a number of its main trading partners. But, as we prepare this podcast, the dollar is holding up pretty well at 97 – in fact the dollar index is currently 97.32, and this is the area we would like listeners and subscribers and members to pay close attention to.

With a Hard Brexit likely, and the Governor of the Bank of England stating that if that occurs the UK will have to reduce rates; and the retiring Head of the ECB – Mario Draghi –  stating that he will do anything necessary to keep the European economy out of recession, and if that’s buying more bonds, or what we understand as QE, then he will do so, and so will his successor Christine Lagarde. With these statements having been made and these circumstances prevailing, one has to ask the question – why oh why would any money manager, looking for a relatively safe return on his/her money, not consider the US dollar the better investment than the Euro or Sterling?

Before anyone mentions the Yuan let’s just park that one there, as China’s Central bank has already mentioned, and in a number of instances, instigated, measures, all of which serve to reduce the value of the Yuan in order to assist its exports.

So, with a 0.25% rate cut already baked in for 31st July, when it does occur, traders will be more interested in Powell’s’ comments afterwards than the cut itself. We suggest the US dollar will maintain its strength, if not increase it, and this will only reverse if the cut is 0.5% or Powell indicates that another cut will be virtually imminent – both of which we doubt will be the case.

The effect on gold or silver, which stands at $1402 and $15.62 respectively, will be muted, and these precious metals will have to look at other reasons such as geopolitics or perhaps a slight correction in the gold to silver ratio to impact their price further.

What do you think? Do you agree with us or disagree – either way do please state your reasons.