US Dollar Collapse – How soon will it happen?

Home/US Dollar Collapse – How soon will it happen?

US Dollar Collapse – How soon will it happen? 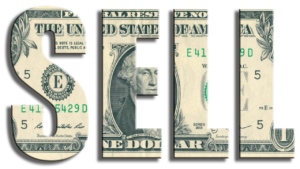 For many years now the gold and silver pumpers and conspiracy theorists have talked up the imminent demise of the US dollar with the argument that all fiat currencies fail, and the dollar will be next with China, Russia and a number of other major economies dumping US Treasuries.

Well first of all, let’s briefly look at the definition of a fiat currency.

Fiat currency refers to any currency that a government declares to be legal tender. Legal tender in this context means that the money has the full backing of the government that issues it, but not necessarily supported by any commodity or tangible items such as precious metals for example.

Throughout history, fiat currencies have risen and eventually collapsed, often due to devaluation.

Initially, paper money gets introduced into an economy whereby it creates an economic boom. Over time, however, it gets overprinted, slowly building inflation and losing value. Eventually, it devalues enough to lead not only to its own collapse but also that of the economy connected to it.

So, let’s delve a little deeper into the historical relevance of this:

According to a study of 775 fiat currencies by DollarDaze.org, there is no historical precedence for a fiat currency that has succeeded in holding its value. Twenty percent failed through hyperinflation, 21% were destroyed by war, 12% destroyed by independence, 24% were monetarily reformed, and 23% are still in circulation approaching one of the other outcomes.

The average life expectancy for a fiat currency is 27 years, with the shortest life span being one month. So the doom mongers of the US dollar state that although the United States Congress created the United States dollar as the country’s standard unit of money On April 2, 1792 some 227 years ago it was officially unpegged from the gold standard in 1973 (where people were offered $35 an ounce for their gold in 1971) these 46 years mean that it is long overdue for collapse.

Often quoted is the Roman Denarius, the early German Reichsmark, the Zimbabwean dollars and today the Argentinian Peso.

But is the US dollar collapse inevitable and imminent?

Well firstly we can forget the 27-year rule. It has already exceeded that and even the British Pound Sterling, the oldest fiat currency in existence – Founded in 1694, now celebrates its 325-year birthday lays testament that fiat currencies do not have to disappear within a short time span.

But for a fiat currency to collapse there have to be essentially 3 conditions:

Would China and Japan ever dump their dollars? Only if they saw their holdings declining in value too fast and they had another export market to replace the United States. The economies of Japan and China are dependent on U.S. consumers. They know that if they sell their dollars, that would further depress the value of the dollar. That means their products, still priced in yuan and yen, will cost relatively more in the United States. Their economies would suffer. Right now, it’s still in their best interest to hold onto their dollar reserves.

Indeed, it is true that such countries may gradually reduce their reliance on dollar debt, but its still very much part of the integrated system of finance.

Ok so When Will the Dollar Collapse?

It’s unlikely that it will collapse at all. That’s because any of the countries who have the power to make that happen (China, Japan, and other foreign dollar holders) don’t want it to occur. Yes Russia may but its economy is of limited significance compared with the US, China or Japan. It’s not in these countries best interest. Why bankrupt your best customer?

What is more likely to happen is that the dollar will resume its gradual decline as these countries find other markets but this could take many years.

So, let’s address this imminent decline we here our favourite pumpers talk about and you find on the conspiracy channels on YouTube. In fact many laid claim that when we saw stock market falls towards the end of last year this was it. When the FED said it wasn’t going to raise interest rates earlier this year – this was it – the dollar will collapse any day now.

Well, let’s look at a report by Simon Cameron-Moore and Jacqueline Wong of Reuters published only a few hours ago. This is what they have reported:

The dollar held near a two-week high against its peers on Friday (that is today so far), supported by strong U.S. economic data and a bounce in Treasury yields.

The dollar index versus a basket of six major currencies stood little changed at 97.802 after reaching 97.882 on Thursday, its highest since May 3.

The greenback reached the two-week peak on robust U.S. housing data and a weekly jobless claims report which pointed to sustained labor market strength in the world’s biggest economy.

The U.S. currency also drew strength as its counterparts such as the euro and pound were dogged by bearish factors.

“The euro is weighed down as the (euro) zone is saddled with weak economic fundamentals and Italian political concerns, while it’s all about Brexit for the pound,” said Junichi Ishikawa, senior FX strategist at IG Securities in Tokyo.

Salvini’s challenge to EU fiscal rules has been a key source of the worry for the euro, which has fallen 0.5% this week.

The safe-haven yen also stood to benefit from the woes in Europe and elsewhere.

“Fiscal risks related to Italy is a theme sure to captivate speculative market players. Any resulting ‘risk off’ could benefit the yen not only against the euro, but against the dollar as well,” said Yukio Ishizuki, senior currency strategist at Daiwa Securities.

The common currency was a touch lower at 122.67 yen. It has retreated 0.5% against the yen this week, during which it slid to 122.06, the lowest since early January.

Britain faces a potentially disorderly exit from the European Union as Prime Minister Theresa May has struggled to keep her Brexit deal and her premiership.

The possibility of a chaotic departure from the EU pushed the pound to a three-month trough of $1.2783 on Friday. Sterling last traded at $1.2787, having slumped 1.6% this week.

The dollar initially extended overnight gains and popped above 110.00 yen. But it lost some traction, last trading at 109.735 yen, weighed down as U.S.-China trade concerns continued to bubble in the background.

Against the safe-haven yen the greenback fell to a 3-1/2-month low of 109.020 at the start of the week when a trade war between the United States and China intensified.

China’s yuan retreated to 6.9099 per dollar in onshore trade, its weakest since late December.

The Australian dollar stretched overnight losses and fell to a new 4-1/2-month trough of $0.6883. The Aussie suffered big losses the previous day after soft domestic employment data heightened expectations for an interest rate cut by the Reserve Bank of Australia.

Elsewhere, the Turkish lira slipped 0.37% to 6.0700 per dollar after the United States on Thursday terminated Turkey’s preferential trade treatment that allowed some exports to enter the country duty free. Softening the blow slightly, Washington halved its tariffs on Turkish steel imports to 25% from 50%.

Now that’s quite a long report, but the position it makes clear is, that whilst we all accept that over time fiat currencies devalue, (but bear in mind too that often wages and benefits increase to help offset much of this devaluation) it is the inter-relationship between currencies that matter in terms of comparative wealth.

Yes, small countries’ currencies will come and go, but one the size of the US dollar – the global reserve currency – is extremely unlikely to collapse before most of the others. What we are more likely to see is its gradual decline in importance as countries slowly reduce their dependence on the US and goods are traded in other currencies or formats such as, potentially gold.

This process however is likely to take decades and those claiming the imminent collapse of the US dollar are either economically ignorant or deliberately attempting to deceive you as they likely have something to sell in its place.