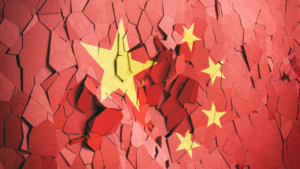 During the past couple of years, we have frequently quoted that China and its economy is one of the major influences on world trade. Now, that in itself, to be fair, is not revolutionary or novel, but we mention it again because we under-estimate its impact on our lives at our peril.

Generally speaking, those of us in the western world know that we have an increasingly elderly population which fewer younger people have to support either via their taxes or personally.

Our economies are such that we need to find new growing markets in which to increase our income and wealth and the Asian world has for many years provided that opportunity.

But what if that new source of growth starts to slow down? What impact will it have on the rest of us and just to make it worse, what if all of our customers are experiencing a similar reduction in demand and growth?

So in recent videos we have highlighted that China announced growth of just 6.6% in 2018 – its lowest rate of growth for 28 years and just 2 days ago it has lowered its GDP forecasts for 2019 to 6% -6.5% and some analysts even see this as optimistic.

Opening the annual session of China’s Parliament, China’s number two leader Li Keqiang warned the country faces “a tough struggle,” and forecast slower growth of 6% – 6.5% this year, down from a target of around 6.5% . he blames a slowing economy and the US led trade war.

His plan is to boost spending, increase foreign firms’ access to its markets, and cut billions of dollars in taxes – some 2 trillion yuan ($298bn; £227bn)

A value-added tax (VAT) for transportation and construction sectors will be cut from 10% to 9%, and VAT for manufacturers will fall from 16% to 13%.

More beneficial to western businesses he also added that Beijing would further relax controls over access to Chinese markets for foreign companies – which is clearly a step in the right direction to encourage an easing of trade tensions between China and the US.

So, we have a clear recognition by the Chinese Authorities that there are difficult times ahead at 6% growth and many analysts do not believe these figures are accurate in the first place. This lowering of taxes and increasing the ability of firms to borrow more cheaply should ensure an uplift in trade, however, that is of course providing the rest of the world is economically strong enough to purchase more products.

Opening its markets to outsiders is potentially dangerous however inevitable and who is to say how ‘liberal’ those laws will prove to be at this stage in the process. With China in trouble and having to adopt these ‘emergency measures’ should provide a cautionary note to the rest of us that we may have to accept a considerable slowing in growth in the next couple of years and indeed look at new markets, where they exist for our entrepreneurs to take advantage of.

From a gold and silver point of view, if the Chinese economy does slowdown that will undoubtedly have an impact on silver demand for industrial purposes and also fewer dollar for the Chinese to spend on gold.

However, if they can maintain their production levels then this would not be affected. Longer term of course the increase in Government borrowing/deficit will one day have to be paid for, but for those of us looking for that uplift in gold and silver prices we should remain optimistic that these measures assist China to continue with its growth program – that said of course hopefully not at the total expense of our own.